9 MUST VISIT museums in Turin

Palazzo Reale, the Royal Palace of Turin, is a historic palace of the House of Savoy . Regent Christina Maria ordered the construction of the palace in 1645, as a new residence for the court after her sons returnedfrom the civil war. The palace was later modernized with designs by the Baroque architect, Filippo Juvarra. In 1946, the palace was claimed by the Italian Republic and turned into a Museum of the Life and Works of the House of Savoy. Its rooms are decorated with rich tapestries, including a collection of Chinese and Japanese vases. The Royal Armory houses an extensive array of arms, including those from the 16th and 17th centuries. The royal gates of the palace have a golden Medusa symbol embossed on them, believed to fend off intruders. In 1997, the Royal Palace was named a UNESCO World Heritage Site, along with 13 other residences of the House of Savoy. 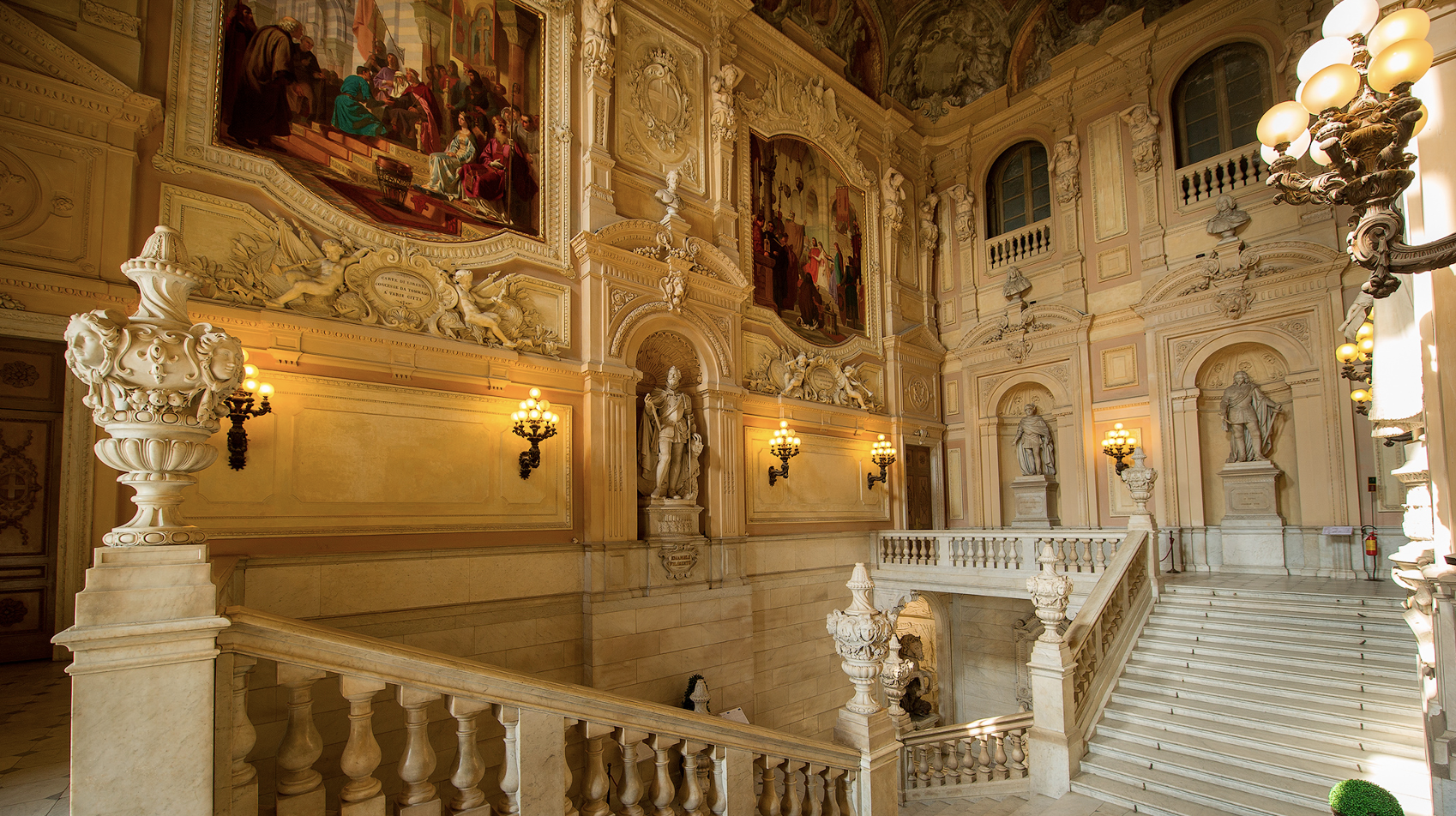 The National Museum of Cinema owes its uniqueness to its exhibition path – spiralling upwards through five levels, creating a spectacular display of its extraordinary collections and retracing the history of cinema from its origins to the present time. This “temple of cinema” is among the most important in the world for its rich heritage and the diversity of its scientific, educational, and interactive exhibits – from pre-cinematographic optical devices such as magiclanterns, earlier and current film technologies, stage items from early Italian movies and other memorabilia. The museum also features areas dedicated to different kinds of film crew; and in the main hall, fitted in the temple hall of the Mole, a series of rooms represent key film genres. The museum keeps a huge and growing collection of film posters as well as a library.

Inside the museum, a panoramic elevator (opened in 2000) takes visitors on a 75-meter ride in 59 seconds – with transparent glass walls that provide fascinating views of the single open space of the building, withoutmiddle floors, up to a balcony that offers 360-degree panoramic views of the city. It is believed to be the tallest museum in the world. In addition to being home to the landmark Cinema Museum, Turin is also the Italian city where film chromatography was first established. Thanks to its geographical and cultural proximity to France, and itsrich history with the neighbouring nation, Italian filmmakers were naturally influenced by the Lumière brothers and other traits of French cinema. In March 1896, the first Italian cinema screening took place in Turin. In November the same year, Italianfilmmakers held the first cinema screening before a fee-paying audience. 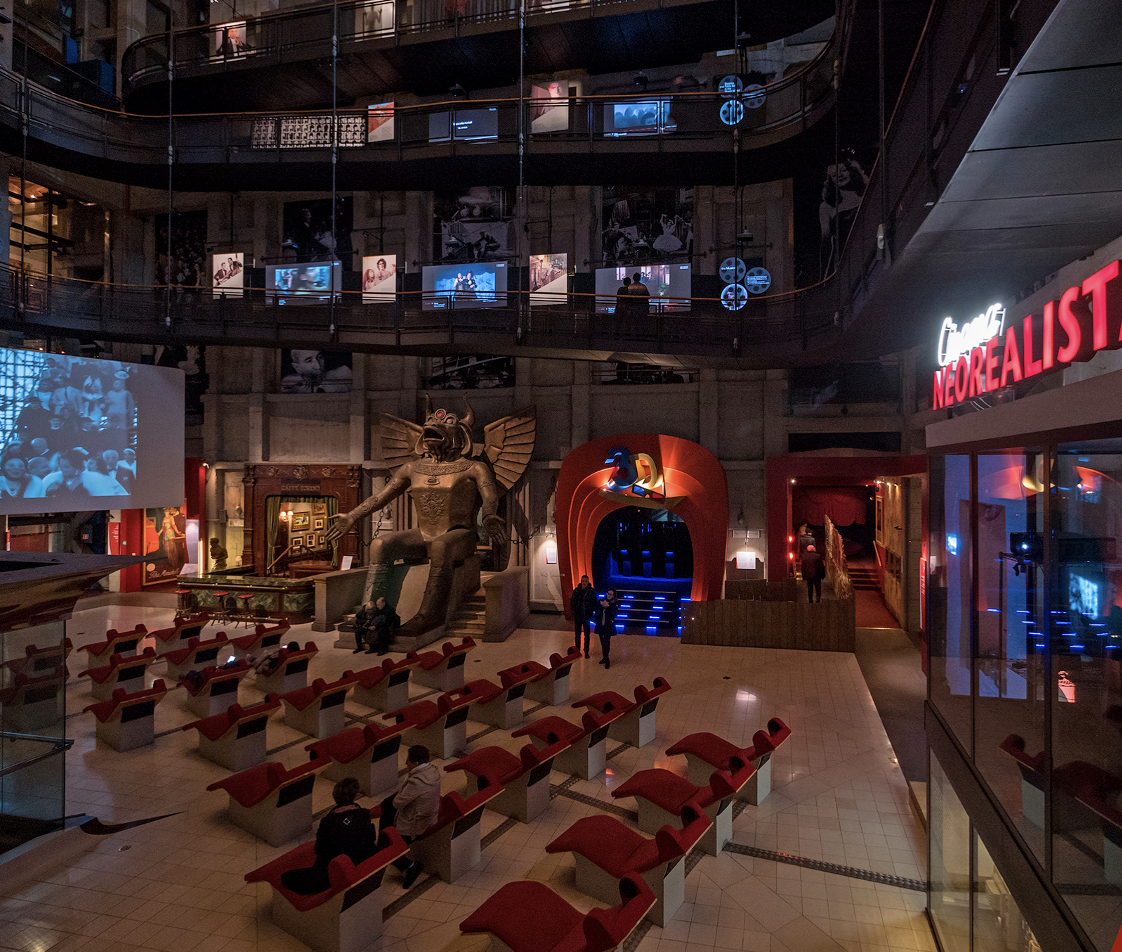 The Museo Egizio or Egyptian Museum of Turin is the world’s oldest Egyptian museum, founded in 1824. The museum specialises in Egyptian archeology and anthropology, and houses one of the largestcollections of Egyptian antiquities, with more than 30,000 artefacts – second only to the one in Cairo. The Egyptian Museum has always been in the Via Accademia delle Scienze 6. The building itself wasremodelled in celebration of the 2006 Winter Olympics, with its main rooms redesigned and featuring an imaginative use of lighting and mirrors in a spectacular display of some of the most important and impressive Pharaonic statues in the museum collection.

Today, the museum is expanding even further. Mummies and sacred animals have always been on display, but ornaments and furnishings are also highlighted to capture – with great precision – the life of both the Egyptian people and its pharaohs. In 2016, it welcomed a record number of visitors (852,095) as reportedby the Ministry of Cultural Heritage, making it the eighth most visited museum in the world. 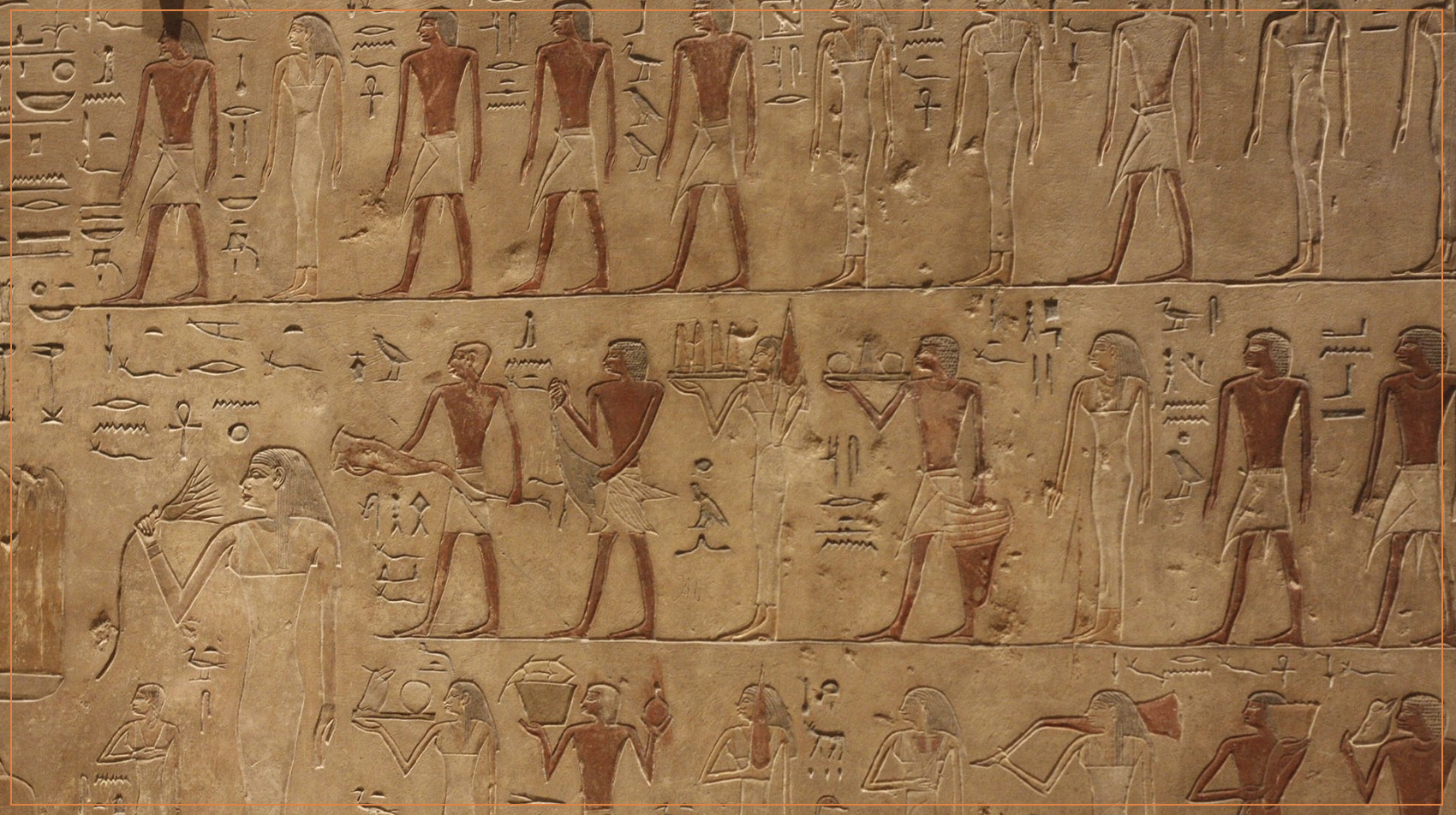 Pietro Micca was a Sabaudian soldier who became a national hero for his sacrifice in the defence of Turinagainst the French troops. In his home village, he was working as a brick-layer when he was enlisted into the Sabaudian army as a sapper, with the rank of a private soldier. His nickname was Passepartout. During the siege of Turin, Micca was employed as a tunneller and brick-layer in the military mines, which ranunder the old citadel. The mines were designed to detect Franco-Spanish attempts to dig under the Citadeland to neutralise them by blowing them up. For this purpose, barrels of gunpowder were placed in strategic places around the network of mines.

On the night of 29th to 30th August 1706, a party of French grenadiers crept into a large trench, which hadbeen the site of a failed assault on the Citadel. The Piemontese had lit bonfires in the trench to burn dead bodies, and this meant that they were not aware of the presence of the French grenadiers. The grenadiersattacked a small number of Savoyard soldiers at the base of the trench, who were guarding an entrance to the Savoyard mines and killed them, then entered the upper level of the mines.

On hearing the French attack, Micca and a comrade barred a door at the top of the steps leading to the lower level of the mines. As the French grenadiers attempted to break down the door, Micca sent away hiscomrade, lit a very short fuse, and placed it in two barrels of gunpowder behind the door. The gunpowderexploded as the French grenadiers broke down the door, injuring and killing most of them. Micca wasseverely injured in the explosion and died due to his injuries and poisonous carbon dioxide gas from the exploding gunpowder.

Had the French grenadiers reached the lower level of the mines, they could have entered the heart of the Citadel and the city itself. Micca’s sacrifice prevented this, and the French assault was dealt with heavylosses. A few days later, the steps where Micca had exploded the bomb were quickly bricked over and Micca’s body was buried in a mass grave. – but his sacrifice made him Turin’s eternal hero.

According to some, the death of Micca was not a heroic gesture, but a mere calculation error by the soldier. The miner Micca used too short a fuse, having mistakenly considered the position where the explosive hadbeen placed. The 9km of the historical tunnels are still open and you can visit them today. As well as the Museo Civico Pietro Micca, a central street in Turin was named after him, and a statue erected in his honour. 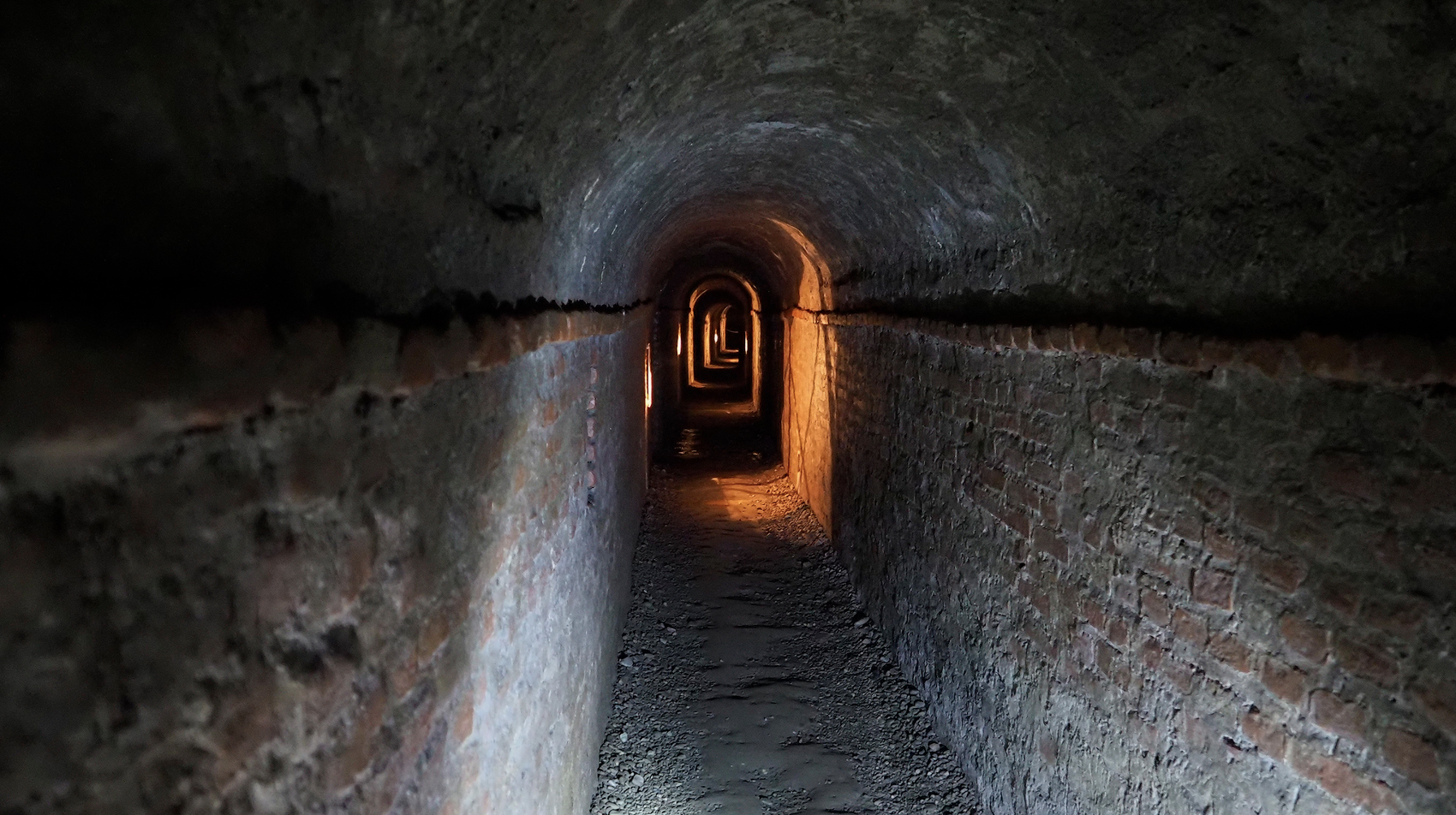 The Museo Nazionale dell’Automobile or MAUTO for short, was founded in 1932 and boasts one of the rarest and most interesting collections of over 200 original cars from 80 automobile brands representing eight countries – Italy, France, Great Britain, Germany, Netherlands, Poland, Spain, and USA. Among others, the museum’s collection includes the first Italian cars, a Bernardi from 1896 and a Fiat from 1899. A must-visit for the automobile fan, visitors will journey through history with vintage cars, important prototypes, and iconic models, while songs from the sixties and the roar of Formula One engines create a fascinating atmosphere. 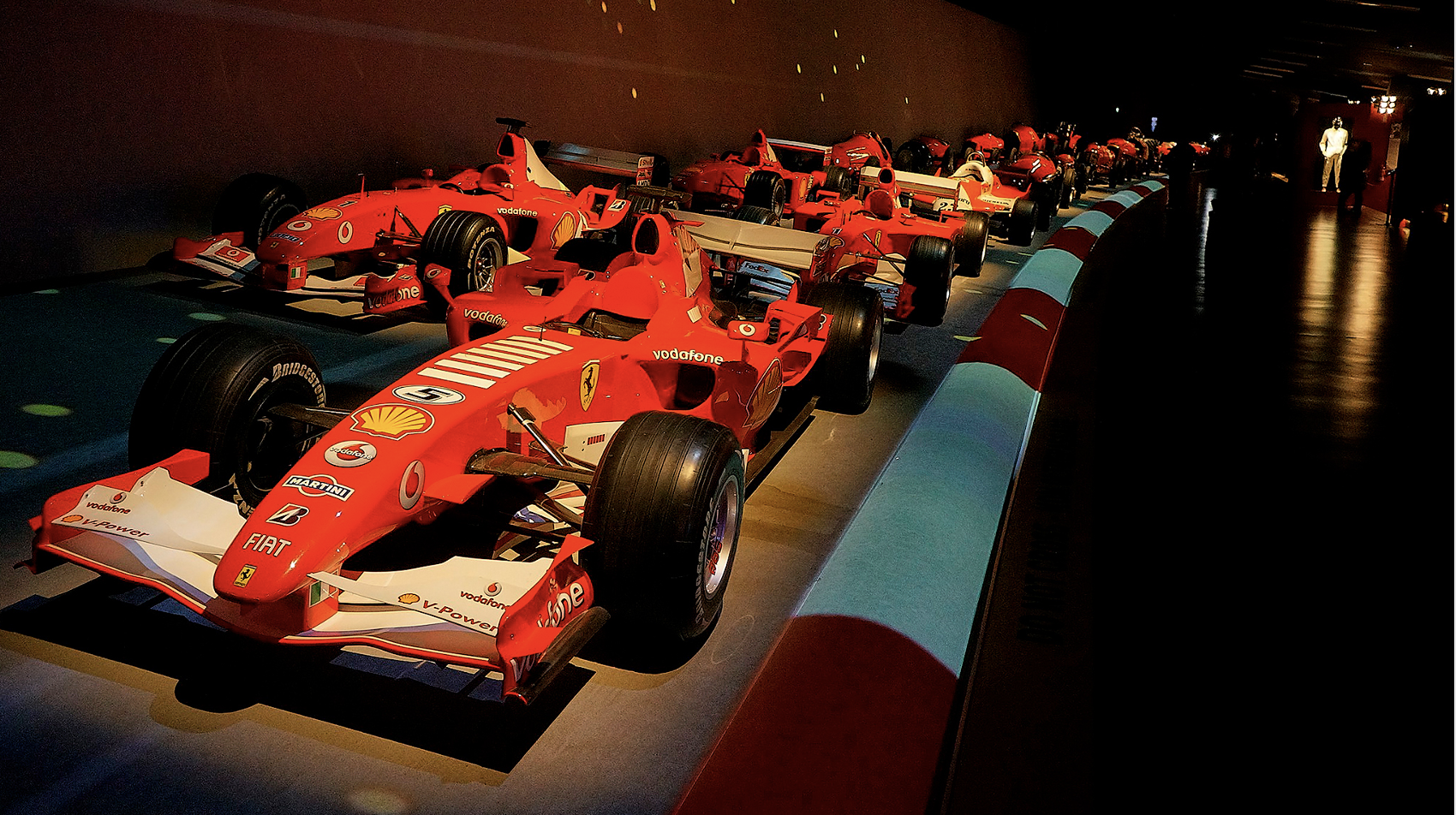 The Lavazza Museum is one of the newest in the city, inaugurated in 2018. Located in the Nuova Lavazza complex, the new business centre of the world-renowned coffee brand, it celebrates the Italian espresso, which was born in Turin in 1884. On a circular two-storey path, the museum provides visitors with an interactive and immersive experience of Italy’s coffee culture through 5 areas: Casa Lavazza, retracing more than 120 years of history of the Lavazza family and the development of the Lavazza brand; the Factory, featuring the sounds, colors, and aromas, from the plantations to harvesting to the methods of production and distribution of Lavazza’s many coffee varieties; the Piazza, showcasing the design and mechanisms behind an array of coffee machines; the Atelier with the Carousel, a high-interactive space with advertisement campaigns and multi-media; and the Universe, with a 360° immersion into the different settings related to the world of coffee. Throughfascinating technological installations, the museum takes visitors through an amazing journey to a special cup of coffee. 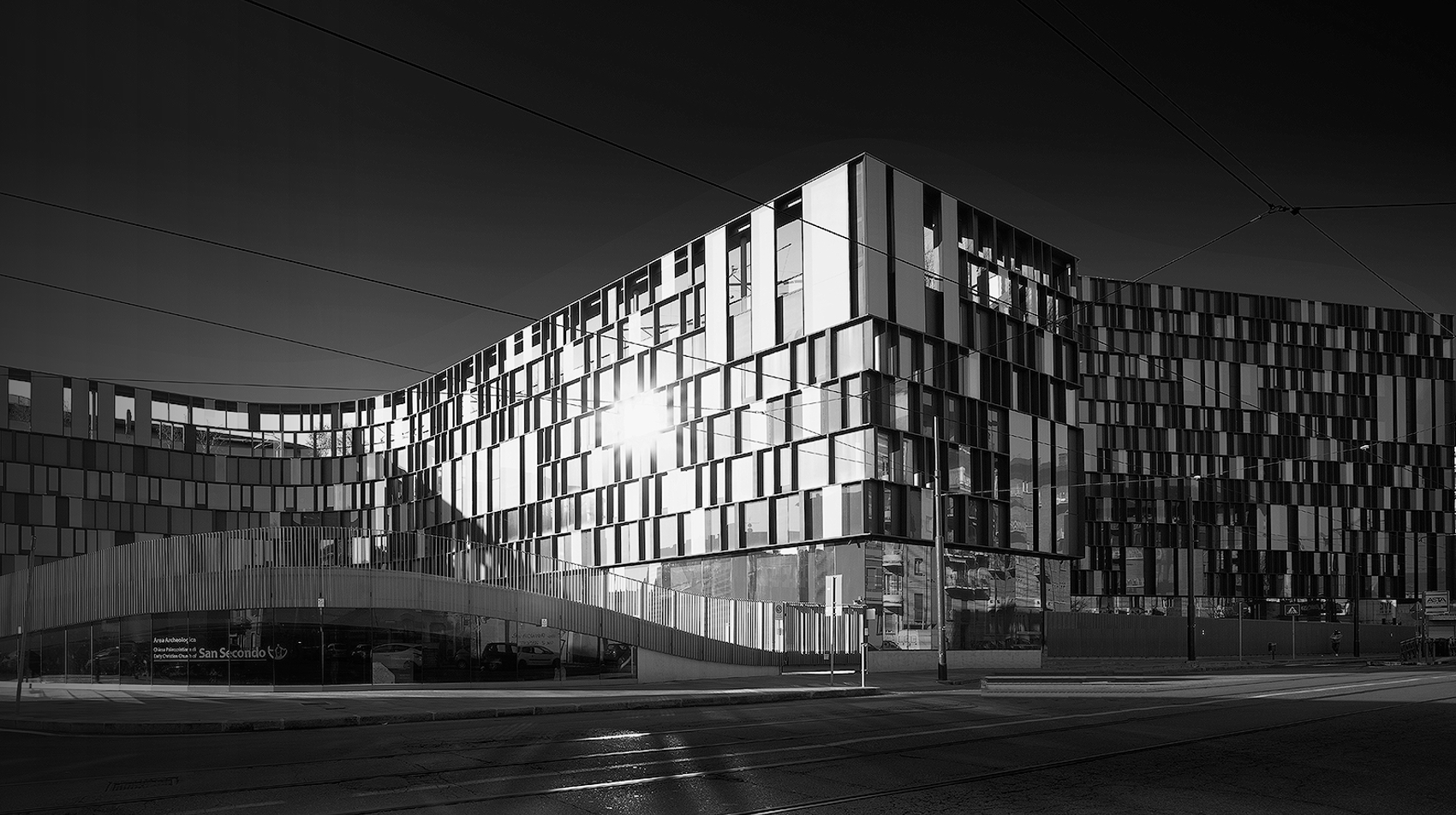 GAM (Galleria d’Arte Moderna) is one of the two Museum of Modern Arts in Turin’s metro area. (The other isat Castello di Rivoli, a former Savoy castle in the suburbs). It stands in front a huge statue of  Vittorio Emanuele II and next to a building that was formerly the head office of Juventus Football Club. Beginningwith the founding of the Civic Museum in 1863, Turin was the first city in Italy to promote a public collectionof modern art. Today, GAM is home to the city’s permanent collections of 19th and 20th century art, comprising more than 47,000 paintings, sculptures, installations, and even video.

The Reggia di Venaria is a former royal residence with lush gardens located in Venaria Reale, just outside Turin. With a built-up area of 80,000 square metres over 950,000 square metres of land, it’s one the largest palaces in the world. It is also one of the Residences of the Royal House of Savoy that’s included in the UNESCO Heritage List. The palace was designed and built by Amedeo di Castellamonte in 1675 for Duke Charles Emmanuel II, who needed a base for his hunting expeditions. The name of the palace was derived from the Latin words venatio regia, meaning ‘royal hunt’. Its interiors were designed by the well-recognised Filippo Juvarra, who lavishly lined the Galleria Grande with marble decorations. The palace complex has long been recognised as a masterpiece of Baroque architecture, but was only opened to the public on 13 October 2007. It has since become a popular tourist attraction, and for the locals, an exhibition space. 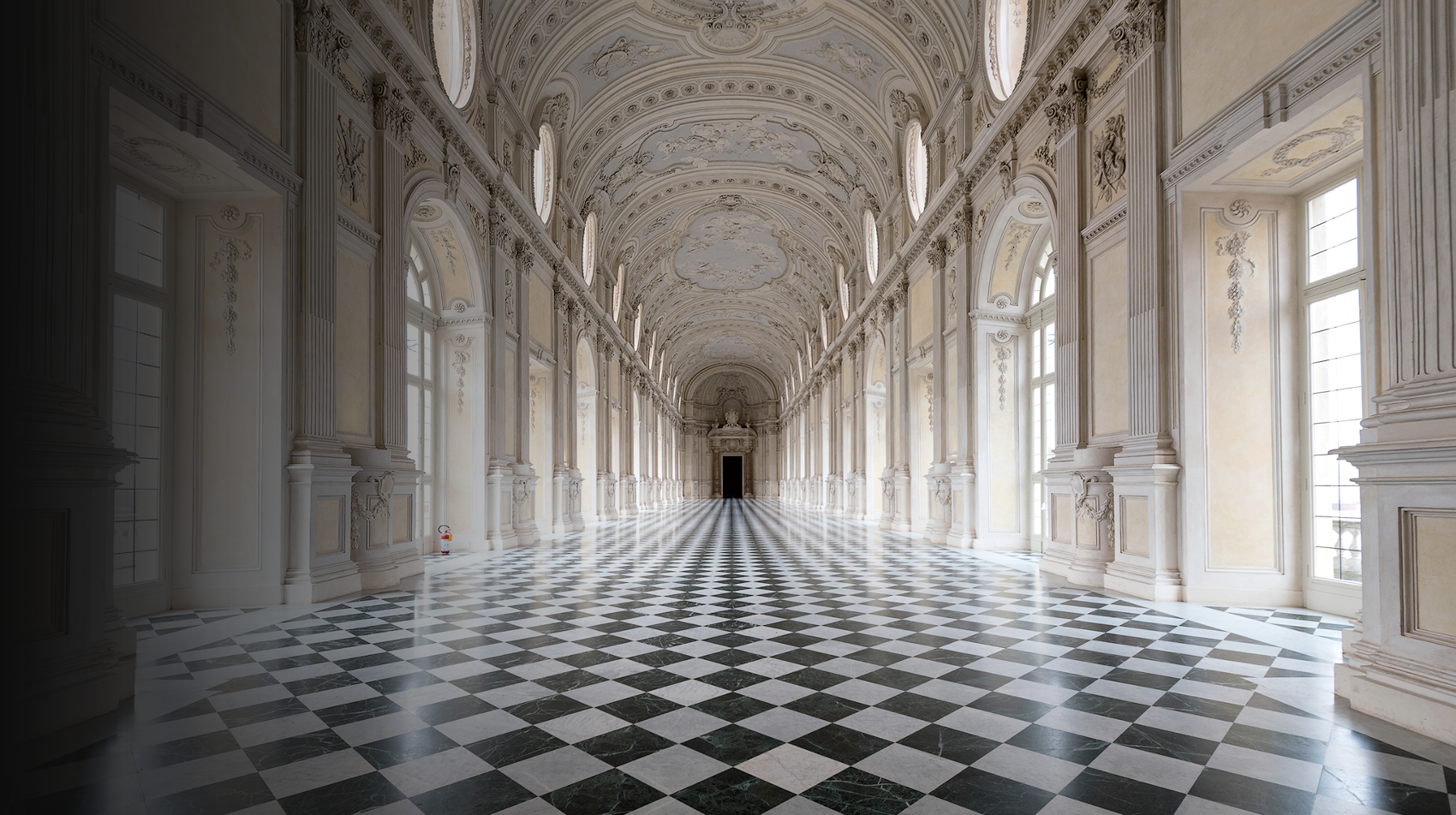 From history to the present. A journey made of successes and epic moments that you can touch with your hand. In fact, the Allianz Stadium tour can be added to the Juventus Museum tour. All the info here: https://www.aroundturin.com/explore/juventus-museum-allianz-stadium-tour/ 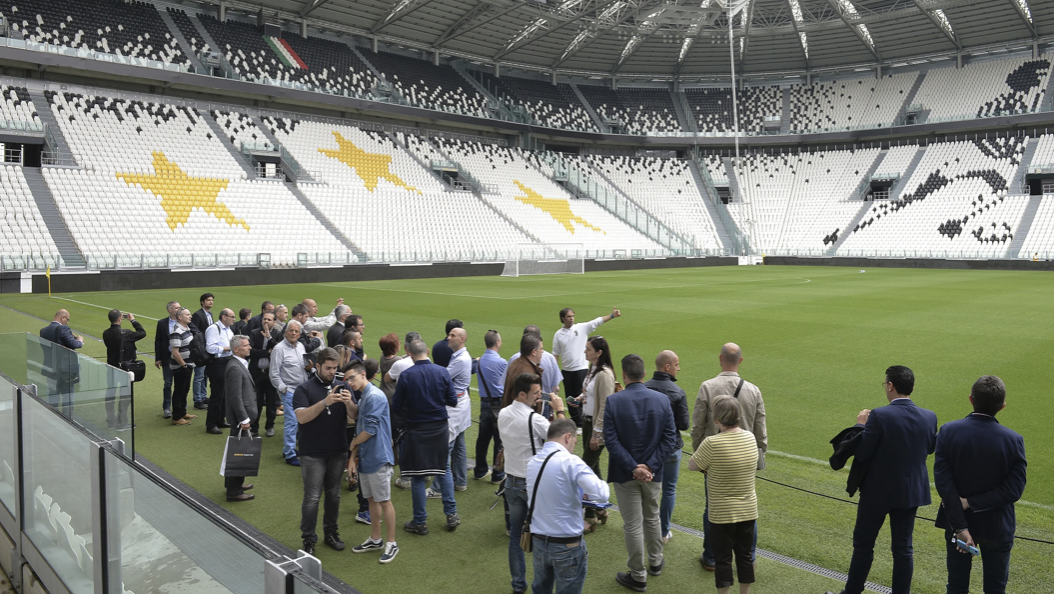